Every year I team up with the chaps from Rushden Phoenix games club, and put on a game at English Heritage's event History Live, held at Kelmarsh Hall Northamptonshire.

Two days of living history, with everything from Roman times to WW2 represented. We have a wargames display in one of the marquees. With a few traders, including one of my favourite figure manufacturers, Warlord Games.

Anyhow, I have beenbuilding up my Napoleonic figures of late to play the Quatre Bras scenario in the Black powder supplement "Albion Triumphant, the 100 days campaign". There is an anniversary next year, after all! So although I haven't completed all the units for the game, I have about half, there is enough to get a good display. 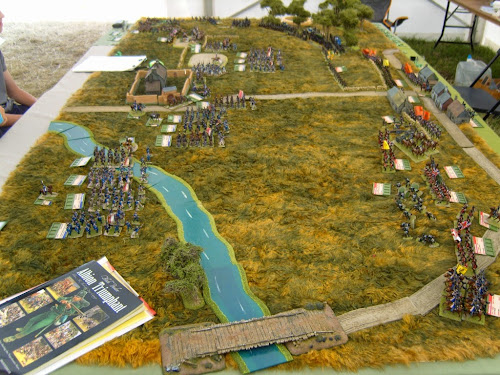 The game laid out, with French brigades already on the move in turn 1. You may notice each unit has a marker behind them. This is a new unit stat and status system by Wargamer Aide de camp, who were there and supplied not only my game, but the Hail Caesar game with the markers. www.wargamer-aid-de-camp.com 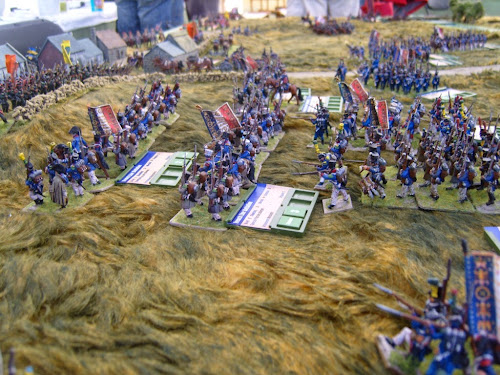 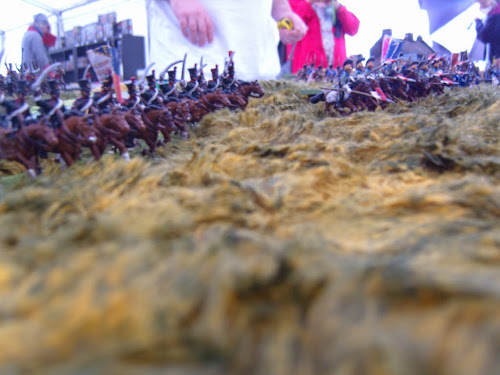 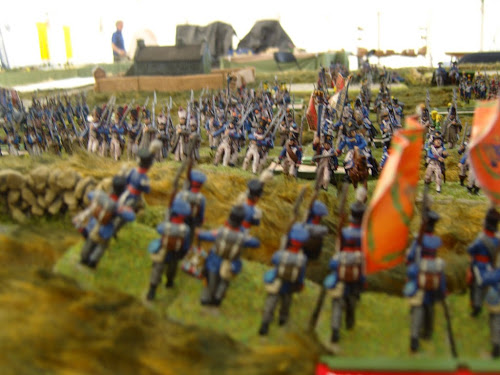 Dutch militia look on as the Columns near. 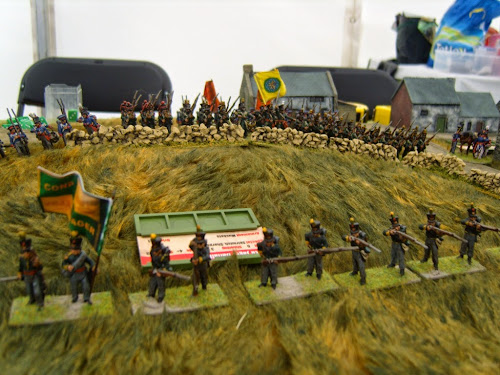 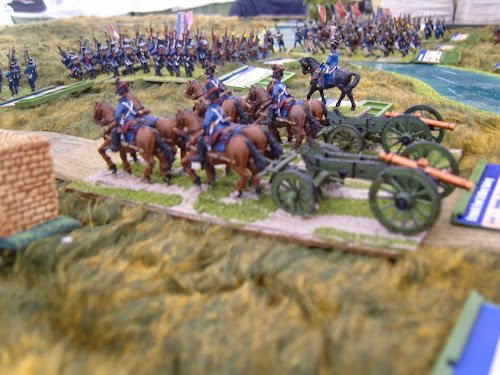 French foot batteries move up. "He moves his artillery with the likeness of a pistol!" 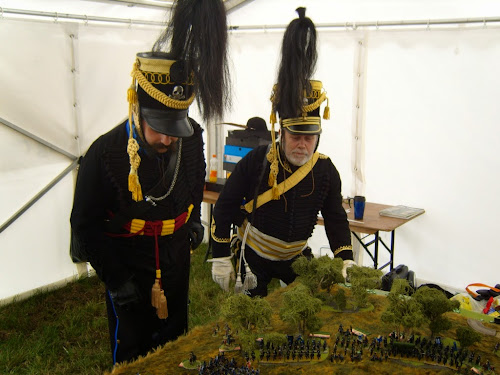 During the Weekend the reenactors took an interest. Especially if their units were represented on the table. Two gentlemen dressed as Brunswickers, posing with their 28mm comrades!! 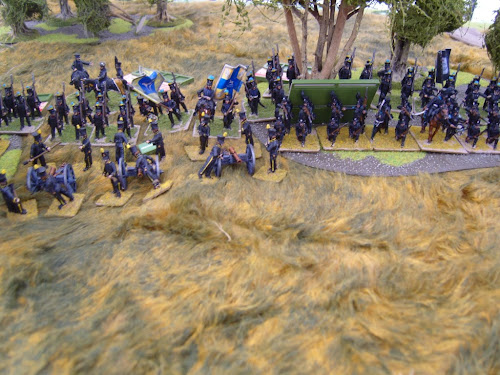 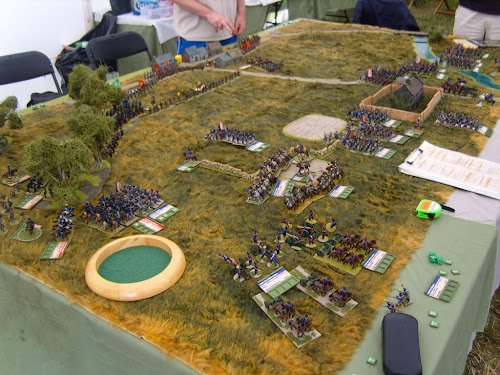 The French attack developes, putting pressure on the brave Brunswickers. 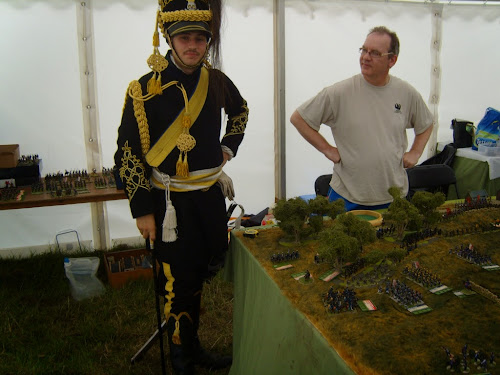 More of the Brunswick reenactors come to find themselves on our game!! 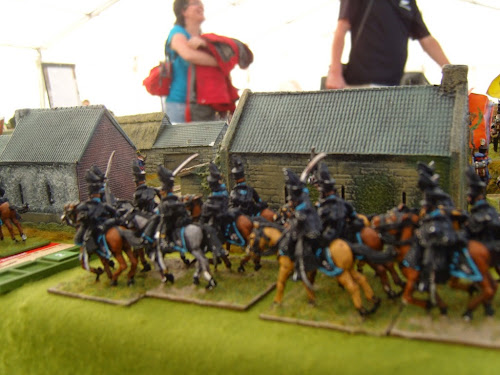 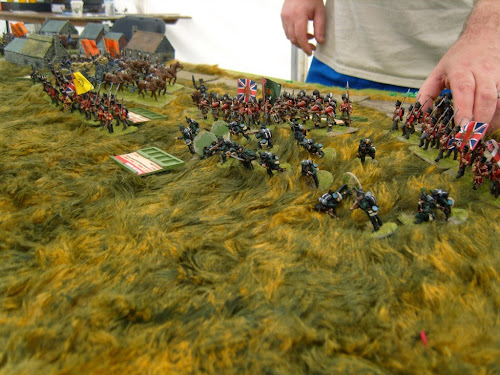 The British arrive to bolster the flank, 95th regiment,"the rifles" to the front!! 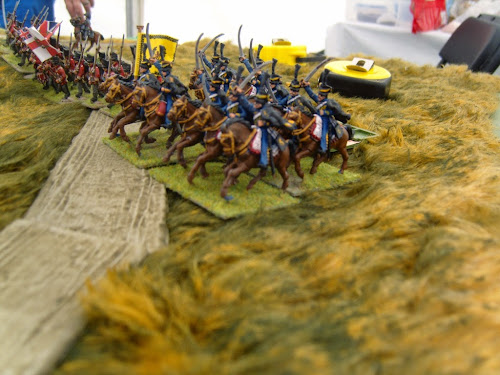 Supported by a regiment of Dutch Hussars. 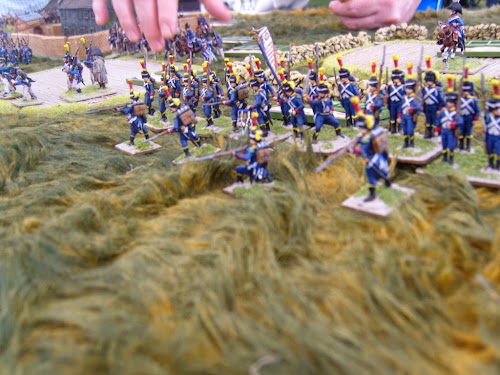 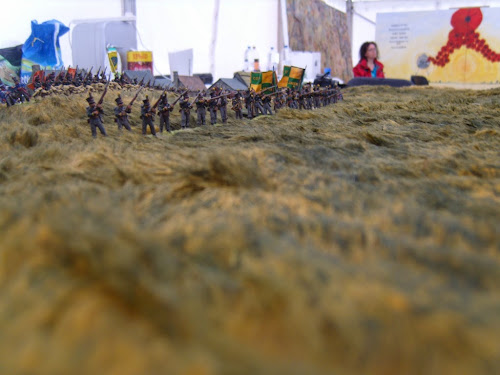 Another shot of the Dutch 27th 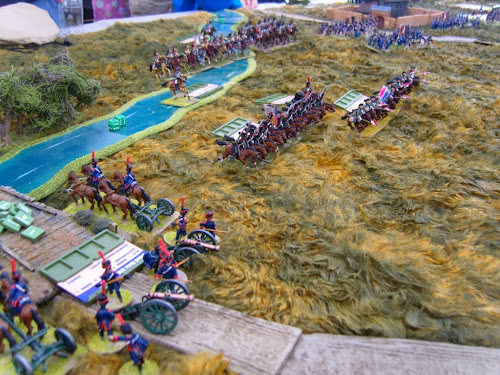 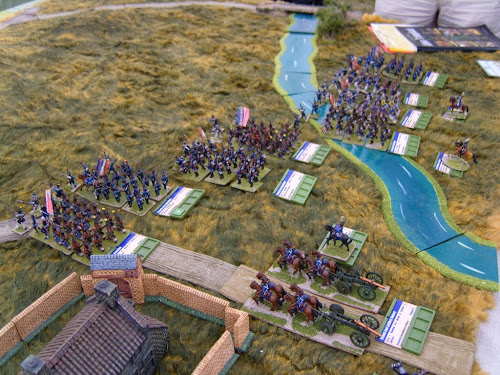 The French cavalry with supporting Horse Artillery cross the stream. With Foys' Division moving with them near Germaincourt farm. 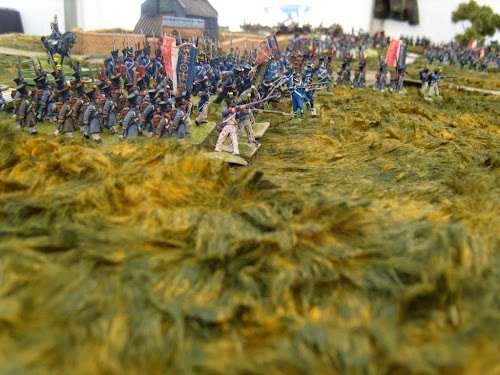 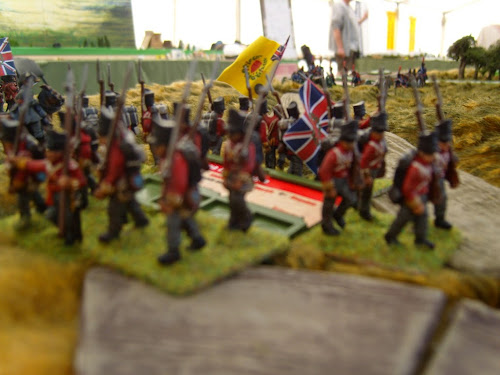 Posted with Blogsy
Posted by DaveWilkin at 21:35 2 comments: