Well, a trip to our local games shop, on Saturday, and I am now the proud owner of one Millennium Falcon for FF game X Wing. Understandably, keen to give it a test drive, had a game on Monday, "up the club!" 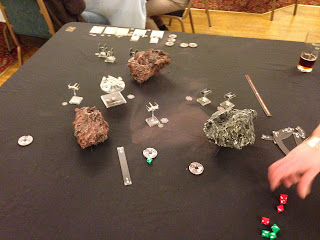 The Falcon, ably piloted by Han Solo, with Chewbacca in the co pilot seat, supported by a couple of X wings. 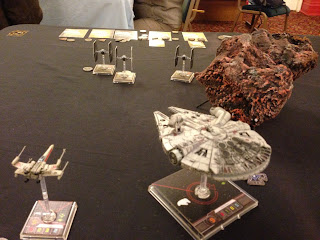 And yes he was selected for special treatment by the empire.....Even with Chewies special ability to repair hits and replace with shields, the ship was hit again and again..15 shots and he was gone !! Did take down a couple if those pesky TIE fighters tho !!

The other purchase from Saturday's visit, was a fun little game called Red November....

Good Gnomish fun, trying to save the ship before the Kraken, or misfortune sinks the ship !!

Posted by DaveWilkin at 12:13 No comments:

Been a long While

Well....what a year....and I am sure those who have been through seperation and or divorce will understand completely!! I am now with a new lady, Jo, who loves my gaming, and has on occasion attended shows with me, and had a go at painting some minis. All good!!

Well you ask, what have I been up to on the gaming front the last year? not a great deal is the honest answer, but as I mentioned I have been to a few shows, and picked up some bits.
I continue to collect my Perry 28mmm Brunswickers, even finished the Leib Regiment !! I have some guns, Hussars, Uhlans, and a Light regiment to do.
Also at Salute last year, I picked up SAGA from Gripping beast. Jo ably helped to paint my two starter armies, Saxons, and Vikings. 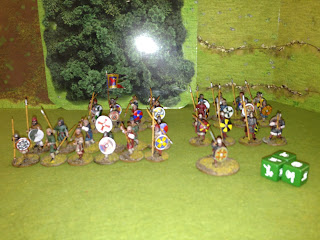 The Saxon force. Jo did a particularly good job of applying the LBM shield transfers. Tricky for some of us old grognards! 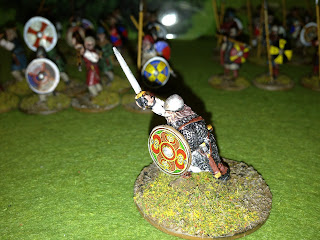 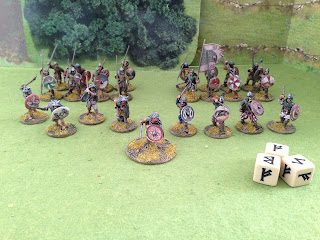 The Viking faction, note the base sets give you 4 point armies, I must get some more units to give 6 point games a go. 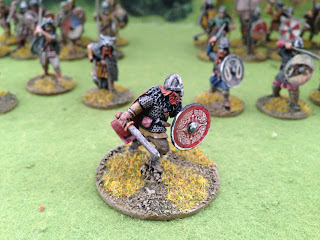 The Viking Warlord. I do like GB, the sculpts are excellent, and painting is a joy. 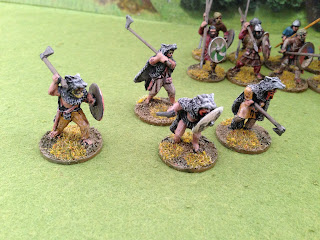 The Viking Beserks....luvvly! I tooled them up with Daneaxes, doesn't do anything for them in the game, but you can just imagine these krazed warriors flying in to thier foes, axes swinging!! 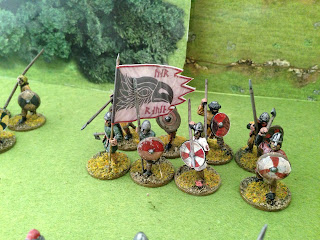 The Viking Warriors, complete with standard, again from LBM, just sets the force off I think.

Well what else have I been up to? Mostly Boardgames, that have been enjoying a bit of a rennaissance recently. I had been browsing U Tube for gaming vids, when I came across an excellent series made by Wil Wheaton...yes of Cool Whip and Star Trek TNG fame !! For those who don't know Mr Wheaton is an avid gamer, and has produced this excellent series Table Top.
http://tabletop.geekandsundry.com/
Inspired by the games he and his celeb guests were displaying, I have added various games to my collection, and one or two I liked the look of anyhow!

So I now have, Ticket to Ride, Tsuro, Castle Panic, Alhambra, Zombie Dice and ( not on table top) Merchants and Marauders, from Z Man Games.

Another system I have started collecting, and has taken off at the club like a plague, is Fantasy Flight's excellent X Wing game,

This I have a few expansion packs for, including a Y Wing, TIE Advanced. The next wave should be out now....so I got to get me a Millennium Falcon...well you do don't you!!

Humungus X Wing game in progress at the club  http://gladiators.files.wordpress.com/2013/01/xwing-game.jpg.


Well thatll do for now.....I will try and keep you posted more often!!!