OK I have not blogged in three weeks! Good excuse I am now working as self employed and have been working away in Lowestoft during the week, and the last 2 weekends have had shows on. But this does mean I can show off the pics from the shows!
First show was the Milton Keynes Wargames Club show CAMPAIGN held in the Shopping Centre, Milton Keynes. Usually in may, this event was re scheduled due to bookings for the Royal wedding taking presidence. 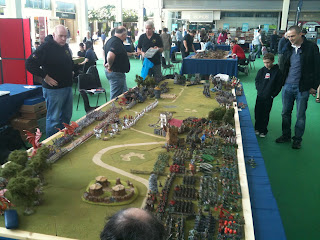 The 16 foot table with Orcs and Dwarves on the right Vs light and Dark Elves on the left.Strange alliances? yes, total fantasy...lol! 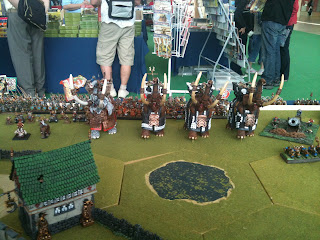 mamoths advance ahead of the Dwarven host, note large bombard on the right. 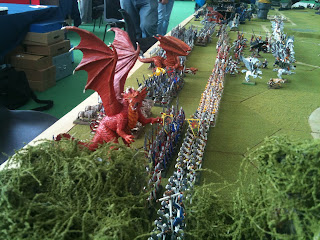 Elven army supported by several large Dragons, that were very popular with the public. 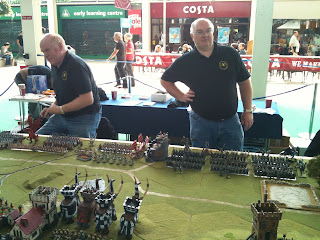 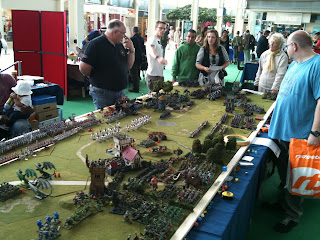 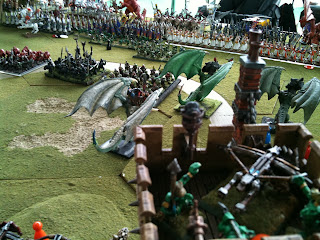 Orc spear chukka supports the advance of Wyvern rider attacks. It is at this point that I must inform you that we were not using Warhammer rules, but a set based on Piquet devised by our own mark Wightman, and ideal they are for such large scale games. 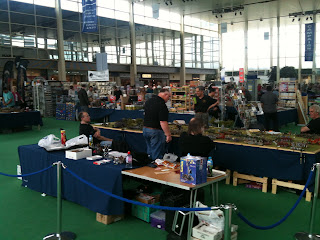 View from our table in to the midst of the throng that is Campaign. 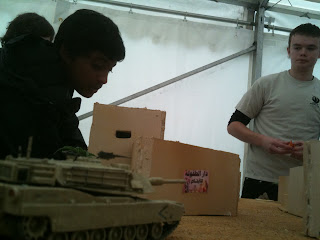 The next weekend was kelmarsh, a big re enactor weekend sponsored by English heritage. I was supporting the Rushden Phoenix club this time, so was in thier club shirt. A very wet weekend, but as we are in a marquee this did not deter the action. I was tasked with running a participation game using my new Force on Force collection. 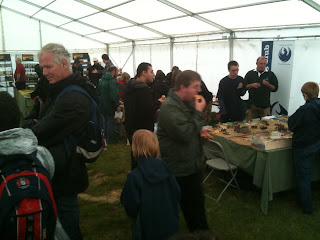 The thing with the rain is it brings in the crowds! we were very busy entertaining the public the whole weekend..I felt totally knackered at the end of it! 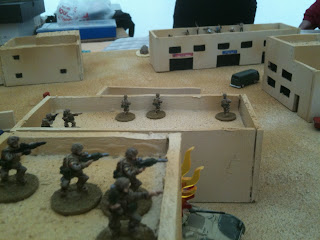 Some of my new British Army models, only just painted on the Friday Evening before the show,as I had purchased them the previous weekend at Campaign. 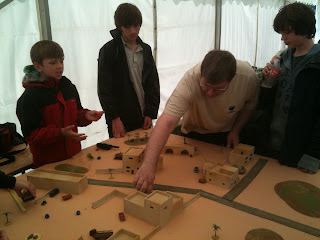 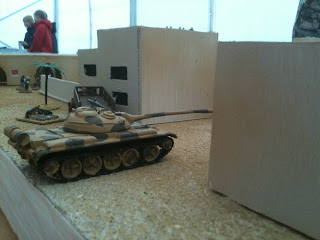 Steve assists me in running the game, as there were always mobs of kids clamouring to play, and one of my T55's roll in to town 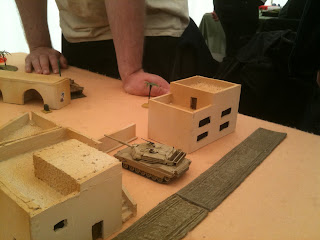 I don't think the M1 is too worried! 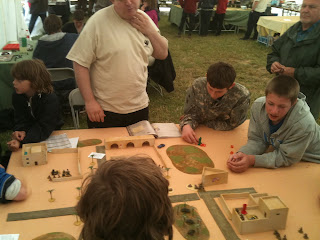 Keeping these enthusiastic youngsters on scenario is a bit like herding cats! they all want to get thier fire team doing a million and one things at once, you have to carefully explain that wargaming has a structure that has to be adhered to or it is no fun! 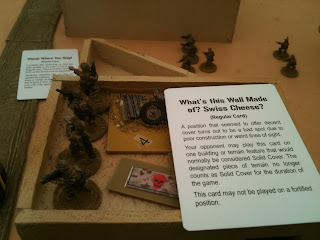 The Fog of War cards were great and gave definate flavour to the game. Note the Hot Spot marker beneath the card, and a wound markerindicating a serious casualty. 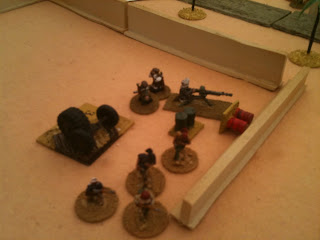 The players seemed to love the Dushka ! DHsK 12.7mm Heavy MG, plus some insurgents with AK47's
As I said a very tiring weekend, but a roaring success. We even had Osprey Publishing (who had a tent at the show) come over and take some pictures, all great!
Posted by DaveWilkin at 11:13 2 comments: